THE NICU FOUNDATION MAKES SHORTLIST IN THE 2020 CHARITY FILM AWARDS

The NICU Foundation has been unveiled on the shortlist for the 2020 Charity Film Awards.

The Charity Film Awards celebrates the effective use of video by the third sector to change mindsets, raise awareness for the charity or fundraise. 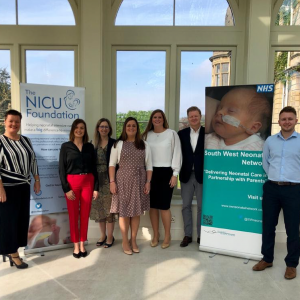 65,000 people took part in the public voting stage to determine the shortlist. The Charity Film Awards panel of expert judges high profile names from entertainment, business, politics and media. The winners of the Charity Film Awards 2020 will be announced at a gala ceremony in central London, in the Spring.

Charley Maher, Chair of Trustees said “The Trustees and I are absolutely thrilled that The NICU Foundation’s first animation has been shortlisted in The Charity Film Awards. The launch of our animation “A Stay in Neonatal Care”, marked the completion of many months of hard work by not only members of the charity, but healthcare professionals and supporters of The NICU Foundation. We couldn’t have created this much needed resource without the fundraising taking place by many generous people across the country, many of whom have experienced time in a Neonatal Unit and we’re very excited to have been shortlisted alongside some amazing charities.”

Simon Burton, Co-Founder of the Charity Film Awards said: “In the digital age, charities’ use of video is fundamental to engage the hearts and minds of their communities. The NICU Foundation’s film is a great example of that in action.”

The NICU Foundation has been shortlisted alongside other leading names from the charity sector. For more information, please visit www.CharityFilmAwards.com.

The Charity Film Awards celebrate the very best films and videos that have been created by  registered charities and CIC’s within the UK. For more information visit www.CharityFilmAwards.com or contact Madeleine Johnson at Exposure Communications on madeleine.johnson@exposurecom.com.

This site uses cookies and follows the policies of Akismet. Find out more.