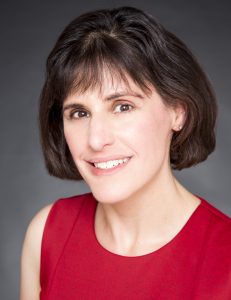 Respiratory Syncytial Virus (RSV) season falls for parents and professionals, in a fairly regular pattern each year: October to March/April.

A small cold to adults, this virus wreaks havoc on the immunocompromised which is primarily the younger and older populations. But with COVID-19 we suddenly upended normal life and within that we upended the RSV season at least for last season and apparently this season as well. Apparently RSV season is already starting to tick upward in cases and I am writing this in early June. The dread of Becky’s, our 30 weeker born in 2003, early days comes back to me with incredible force. And the new reality has me thinking of how to best alert families in the NICU and those at home.

“We want to keep her from getting RSV.”

I recall with extreme clarity our neonatologist speaking at Becky’s bedside about making sure she didn’t get “an infection or RSV.” My jaw dropped open as I realized that I knew well those three little letters. My gasp got the attention of the neonatologist. She said, “You know about RSV?” I replied, “Yes!” as I relayed the fact that two children I knew had been hospitalized with RSV and they were each full-term. The reality that our “baby in the bubble” there in the large multi-bay Neonatal Intensive Care Unit (NICU) with 85+ infants had very little protection terrified me. Then in the next sentence, my terror started to abate a tiny bit as she noted that “there were a series of injections called Synagis” that she would get monthly. I inwardly wept with joy because if my friends’ kids were full-term and Becky was not, RSV could be far, far worse for her. Whatever company that was that made Synagis, I was relieved that someone had our back.

It did not stop me from hand washing like a complete freak and putting hand sanitizers all over the house. My husband, Gregg, and I still kept Becky out of the general public eye and made sure we educated everyone around us. They listened and heeded our concerns. Some people though could only handle this for so long and told us to “Relax! She is out of the hospital!” Yet by this time I had gathered a large contingent of preemie parents as online and in-person friends. Collectively we would endlessly woe of the extreme ignorance of the general public. Like me, our address books started deleting friends and family in great haste. We truly felt like it was our little army of parents against the world.

As Becky received her first Synagis injection prior to going home, I felt a bit more protected. Becky got through RSV season unscathed and after the last injection the following spring, we were starting to feel like things were improving and life returned to a bit of normalcy.

At Becky’s first year well-check appointment that September, I quizzed the pediatrician about Becky getting a second season of Synagis. “She doesn’t qualify,” he noted with finality. So we went on with life and at one point that winter Becky got a cold that came with a cough that never went away. After months of this and endless visits to the pediatrician it all came clear one day in mid-April. “She has Reactive Airway Disease also known as Asthma,” he noted. My heart sank as we took a prescription to the pharmacy for a pediatric spacer and an inhaler. Earlier that day we had had Early Intervention out and 10 people in our living room had pronounced Becky was globally delayed and needed multiple therapies. We were out of the NICU all right. But we were still tethered to the ramifications of Becky’s premature birth.

So What You Need to Know Now

And what is the trajectory of RSV season looking like? The unpredictability of Covid 19, lockdowns, masking and non-masking, all were associated with a season last year that started earlier (April/May in some states) and that lasted nearly two months longer than a traditional season. In other words, instead of the RSV season lasting 5-6 months, last year’s season lasted about 7-8 months. No one is quite sure what this year’s season will look like, but it appears that it has already started again as many states in the South have been reporting high RSV positivity rates. One would imagine over time that as we move back to a normalcy of sorts we will also see the season start to shorten in its duration bit by bit. In my opinion, it is all about human activity. We start it and we end it with our daily interactions big and small.

For families, I believe that there are key ways to protect your children and advocate like never before:

At the end of the day it is your advocacy that is most important. You are the expert of your child, period. You do not have the MD initials but you do have M.O.M.