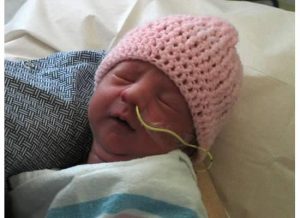 And though she be but little, she is fierce.

Our lives changed forever on March 19, 2006 when my water broke, 9 weeks early. After a picture-perfect pregnancy, I experienced PPROM (Preterm Premature Rupture of Membranes). After arriving at the hospital, I was given the first of two steroid shots to speed up the development of our baby’s lungs and I was started on magnesium and other medications to try and stop/control my labor. 24 hours later, I received the second dose of steroids and was told to hold on and hold out as long as I could. Our doctors said they’d like to get me until at least 36 weeks before making a decision on whether to deliver. I was 31 weeks. 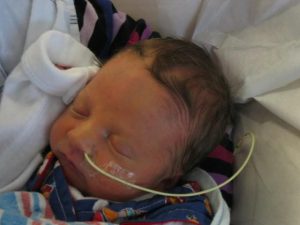 There was a team from the NICU waiting in the delivery room to take her. I remember crying and asking if she was ok as they prepared to rush her to the NICU. I got a brief glimpse as they held her up to my face and then she was gone.

Shea was breathing well on her own from the start. I firmly believe the shots I received saved her from respiratory distress. To see your baby in an incubator with tubes, wires and monitors is completely heart-wrenching. There are no words to describe the feeling of leaving the hospital without your baby. Shea spent about a month in the NICU growing and learning to feed. The best day ever is the day you hear that it’s time for them to go home.

Today Shea is a healthy, happy and very active 16 year old. You would never know the challenges she faced coming 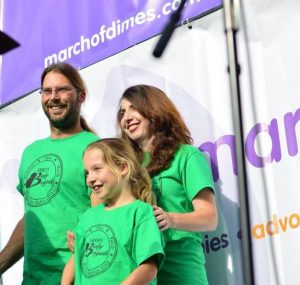 Take one day at a time. You are stronger, braver and more loved than you realize. You’ve got this.

Sweet 16 and ready to take on the world! This month we are paying it forward by Marching for Babies, not only in Shea’s honor, but in honor and memory of the many parents who experience preterm birth, loss and a stay in the 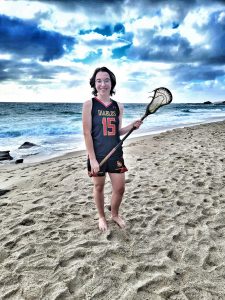 NICU and in honor of these tiny fighters who conquer so much from the moment they are born. To help support Shea’s Baby Brigade: www.marchforbabies.org/beezinca