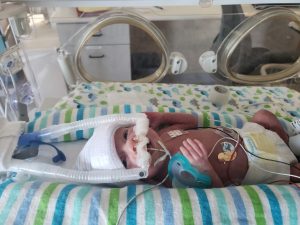 “The smallest person that I ever met in my life was also the strongest person I have ever met.”

Our son Brady was born at 25 weeks weighing 1 lb 40z due to complications of preeclampsia and was IUGR. When his mom delivered Brady; I was afforded the opportunity to see him first as a team of doctor’s hand pumped his lungs and worked tirelessly to keep him alive. I was amazed by the science that was giving our family a chance and also how small he was in size compared to other children I had seen before. I also felt guilt because I was the first to see our son and not my wife who had gone through so much during our IVF process to bring this miracle into the world. Moms are robbed of so much when they have premature children and a part of me felt I was denying her that honor of seeing him first. 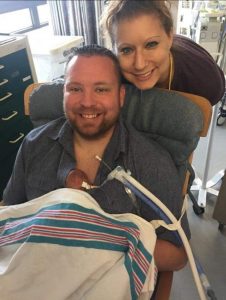 The first few days of his life he struggled to survive and was placed on a variety of machines including the oscillator and ventilator. He was diagnosed with chronic lung disease and had a number of cases of pneumonia which he fought throughout his journey. In the beginning it was so hard to connect and like many parents we had our doubts on if today would be the last day. We both struggled with wondering if being more connected or less connected would hurt more. We decided that if we wanted him to fight, then we needed to fight even more alongside him. For the next 135 days we battled many obstacles and setbacks together as a family. We were as involved in the care, rounds and growth of our son as much as humanly possible. We read to him everything from children’s books to pamphlets left behind in the NICU. We became THAT family that the doctors and nurses knew would always hold them to the highest standards and be involved in every step of his journey.

There were no days off for our 135 day journey and the hard work paid off when we were able to come home. We came home on room air oxygen, a G Tube, two cranial helmets and a variety of other medications that we used to keep him thriving. Throughout our journey we both grew stronger as a couple and found that when faced with adversity that we are so much better together. We worked to achieve milestone after milestone along the way as our son beat every single odds placed in front of him. 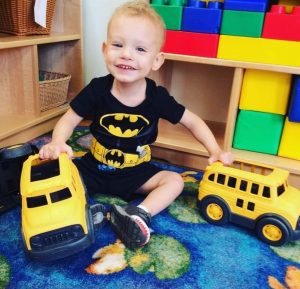 Today, our son is 4 years old and a thriving boy with a heart of gold. His sense of humor, imagination, smile and personality make us want to be better people. He has inspired me to do so many things to help parents like we were experiencing the NICU for the first time. We are involved in a variety of local charities and his story has been the inspiration for the book we wrote called, “Our Preemie Adventure”. The book is a celebration of his life, journey and that of so many other parents who are fighting the odds every single day.

Be as involved as you can in the care of your child and do not be afraid to ask questions or trust your gut. By being involved through holding, reading and caring for them it can allow you to gain some level of control back. Every time you hold or read to your child it is helping them to stay in the fight and grow stronger each day. I would also tell parents to communicate with each other and to be honest. Sometimes you are going to need the other person to be the strong one that day and communicating those needs is so helpful to getting through the NICU.

Brady is 4 years old and has achieved or exceeded every milestone placed before him. He loves to look at books, build 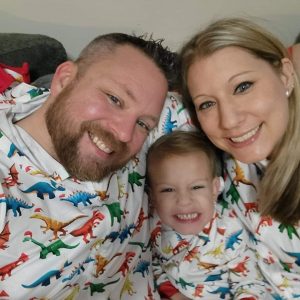 and spend time playing super hero with his parents.