Gestation at birth: 30 weeks
Days in the NICU: 38 days 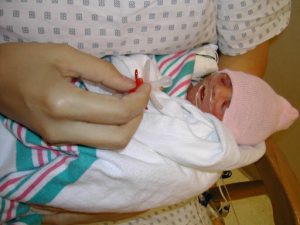 Becky was our Valentine’s Day baby and we had several scares throughout the early part of the pregnancy that resolved. Though we were expecting her November 14, 2003, I noted to my OB in August that I was early myself and therefore I was concerned she would be early too. The OB told me this was my first baby and that I would be late and not to worry about it at all. A month later on a family outing an hour outside of town I quietly rushed into a grocery store and ran back to the bathroom. In there, all alone, I discovered that the bladder “accident” I had was actually preterm labor. I cried, tried to call people in the car and cried and cried. I tried to clean up but the fluid kept gushing into the toilet. I finally cleaned up as best as I could and headed to the front of the store. The two clerks in the main office were floored when I said I believed I was in preterm labor and inquired about the nearest hospital. I then called my doctor’s office and left a message for the answering service as my husband and my brother-in-law were brought in from the car for me. We hit the road with my husband driving like a maniac, a true father-to-be moment. We got to the hospital in 45 minutes with me gushing fluid all over the seats as I asked my sister-in-law about labor and more. 30 hours later, Becky made it clear that all of the drugs and interventions possible would not stop her from coming into the world and so she was born at 11:50 p.m. on Grandparents Day, Sunday, September 7th, 2003 at 2 lbs. 15.5 oz and 16 and ⅞” in length. 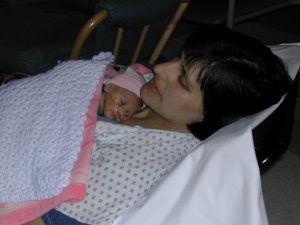 In the NICU, Becky had Respiratory Distress Syndrome and was on CPAP and then oxygen, had anemia, extended jaundice, severe reflux, feeding issues and PDA, ASD and VSD heart defects, positional plagiocephaly and more. Though her cranial ultrasound was clear in the NICU, follow-up was not done and we now know she had a brain bleed that was not caught. 38 days after many ups and downs we brought Becky home on oxygen and a monitor with feedings. 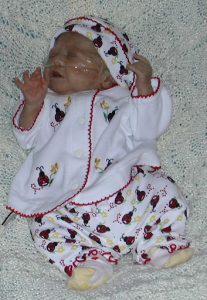 At home, Becky had severe feeding and breathing issues and was in the pediatrics unit 5 days post-discharge. Coming home again we had her on different medications, a whole new regimen and oxygen full-time. With all of her equipment, we joked that Becky needed a Sherpa rather than a human to carry her around. It was a journey but things got better and better as she shed the equipment and the medications. Throughout all of the chaos we made sure to include humor in life and it helped. We also celebrated the heck out of our kid. To us, she was amazing.

Advice to preemie parents currently in the NICU:

Becky was globally delayed in all of her development and thank goodness for the health department’s infant monitoring program. She qualified for Early Intervention at 18 months and it helped. We entered her into Childfind with preschool and again it was a huge help. Kindergarten came and I was clear with the 10 people in my first ever IEP meeting that something wasn’t right. Becky was diagnosed with Autism Spectrum Disorder by the end of Kindergarten. In second grade she was diagnosed with ADHD after I “told” the pediatrician we needed to investigate it as a comorbidity. And throughout her life, I had been asking people about her gait and ability to walk and run and each time with each professional medical or otherwise I was ignored. Becky was diagnosed with Mild Spastic Diplegia (Cerebral Palsy) at 13.5 years old along with a comorbidity of Scoliosis. The last 18 years were a blur of the health department monitoring her at my request (Becky did not qualify for Early Intervention at discharge), Early Intervention at 18 months, ChildFind in preschool, and an Individualized Educational Plan (IEP) in public school throughout her early education. 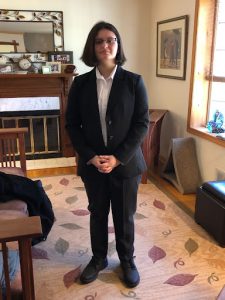 But this is not the end of the story for Becky. She was the talk of the teacher’s lounge in Kindergarten for her extremely high ready abilities. This continued through school ongoing with advanced academics programs and more. By the beginning of high school, though, Becky was quite frustrated with the general school system despite our being in one the best school districts in the country. She wanted more depth, more education. I could see we were about to lose her academically at that point and so I did a Hail Mary and we were able to get her into our school district’s dual enrollment program where she could take a college level class as a substitute for the same in high school. For the first three years she took one class each semester. This year, however, her senior year, she opted for all classes at the college campus and as of this writing is doing well. She has always heard me say the mantra, “ With challenges come gifts and we all have challenges so we all have gifts.” In her life, I have made it clear to level the playing field for her as much as possible. Becky has done more than we ever could have expected and shows that indeed, challenges do come with many, many gifts. You just have to find what those gifts are, big or small. For us early on, the fact that she was breathing was a true gift.