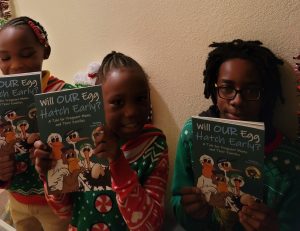 “They are born early but that is just the beginning of their story.”

I am the mother of 3 children born premature. I came from an accomplished family but in my Senior year of college I found myself pregnant, suffering from severe HG, with no family support, and unenrolled from college.

I moved back to California at 32 weeks gestation and had my son 2 weeks later.

I had my second child 4 years later. Once again, I suffered from severe HG and was constantly hospitalized. I was denied the Progesterone shot from Medicaid and had to move back home again and received the shot a week after my arrival. I had my daughter at 34 weeks gestation. Aiden and London both had 2 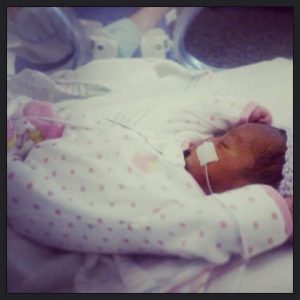 week stays in the NICU.

One year later, I became pregnant and once again, suffered the same severe HG. I was let go from the doctor at 4 months in the receptionist area and Medi-cal couldn’t find me a replacement doctor so I was then seen by an ultrasound doctor weekly until delivery at 36 weeks. Jamie was in the hospital for 3 weeks until she reached 5 lbs.

The advice I would give is to take it one day at a time and don’t forget to ask questions when you need more information. No question is too small or unimportant. You can always purchase a copy of Black, Pregnant, and Shamed which is my autobiography and provides tips from pregnancy to NICU.

Aiden has skipped a grade and is a kid sport analyst. London loves to dance and she loves science. Jamie loves to sing and dance and is a true performer.

Ashley is the Founder and CEO of GLO Preemies, an organization designed to support the Black community from pregnancy through the NICU and into adulthood. The many programs offered by GLO Preemies provide cohesive support of a community experiencing high maternal mortality rates and high preterm birth rates. To learn more about GLO Preemies: www.GLOPreemies.org