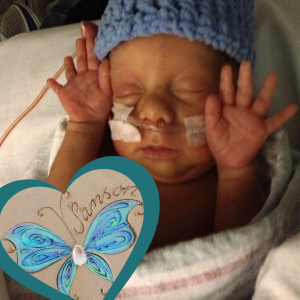 On July 23, 2012, I was 17 weeks into our twin pregnancy when my water broke. We found out about a nightmare that many people don’t even know exists: A baby can be born too early to survive.

“, Samson Carmel. Samson had a heartbeat. I felt him move and then he was gone…way too quickly to process any of what had just happened; that takes a lifetime.

A cerclage was placed and I was put on bed rest. “In these cases the twin usually delivers within a week,” we were told. Our baby “B” was given a 5% chance of survival.

Over the course of his 33 years of practicing medicine and putting in cerclages after baby “A” delivered, the doctor said that he witnessed “only six other baby “B’s” survive.” I assured him we would be number seven!

After 25 days in the hospital and another month at home on bedrest, at 26 weeks, my pregnancy took another downhill turn… bleeding. I went to the hospital; they eventually let me go home.

Then at 27 weeks, I had contractions. They eventually stopped. I received a steroid shot and then I was sent home.

At 28 weeks, 1 day, my doctor came into my room at 4:15am. I was 4cm dilated (my cerclage stretched by some miracle). I called my husband to come to the hospital and went straight into an emergency c-section.

I’m now 26 weeks into my third pregnancy. Every time getting a cerclage, every time walking through waiting for the other shoe to drop. We have passed 17 weeks since my water first broke. We have passed 18 weeks, and I’m still

pregnant. We have passed 20 weeks, but I’ve had a cerclage since 14 weeks. The week passed when we were supposed to lose baby “B” and I’m still pregnant. We’ve gotten to 24 weeks and we’ve reached viability. Certain dates bring back floods of memories.

Even though my second pregnancy was extremely uneventful, when you know first hand the worst, it’s not something you ever let go of… and I haven’t even touched on our infertility journey.

Fast forward to present, we have a 5 year old and an almost 9 year old. Two incredibly different children. They are here, they are healthy and oh man, are they a handful and I wouldn’t want it any other way!

The siblings are elated and beyond excited 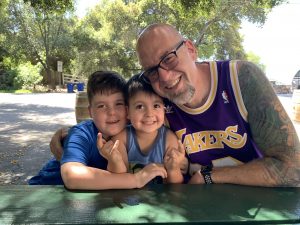 to be big brothers to their little sister (coming in December), already wanting to know about her, helping come up with names, colors for the nursery and planning for her future. They want to fill her in on everything! Every night they give her hugs, love and good nights through my tummy… It’s amazing to watch them bond! 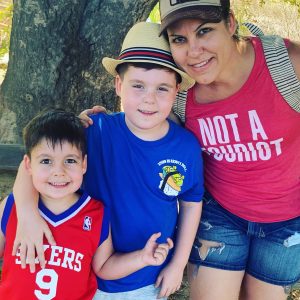 To this day we talk about Samson. Sometimes I have answers for their questions, sometimes I don’t. Sometimes I join in on the conversation, sometimes I just let them participate on their own. He will always be part of our journey, though we move forward 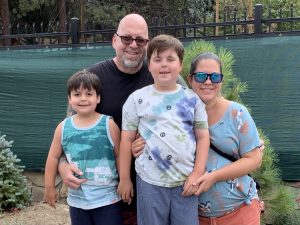 without him here. We move forward in his memory and his honor.