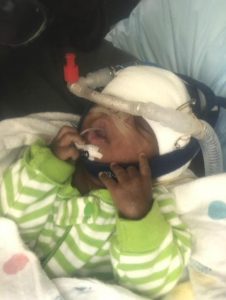 Darryl Tyrone Johnson III “Tre” was expected to make his grand entrance into the world on March 28, 2020. Instead he blessed us with his presence on December 5th, 2019. We had prayed that he would follow the Darryl tradition and celebrate his birth on March 22nd with his father Darryl Jr. and grandfather Darryl Johnson Sr. Ironically, Tre had a different plan, he wanted to share his mother’s (Kanedra Romaine Johnson) birthday. 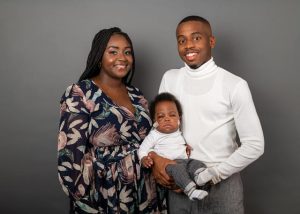 Kanedra was diagnosed with HELLP Syndrome, a potentially life-threatening disorder that is usually associated with Preeclampsia, a condition that occurs in 5-8% of pregnancies. Tre’ made his entrance into the world at only 23 weeks, with a 2% chance given from the doctors to survive. During his NICU stay, Tre’ battled 23 different diagnoses but he fought very hard. Within his lifespan, Tre’ has had breathing tubes half of his life and oxygen, blood & fluid in his brain, seizures, he was not able to eat, slow weight gain, 8 surgeries and 179 days in NICU.

431 days, Tre’ was on some type of support for his breathing. From a breathing tube, CPAP, high flow and Nasal Cannula, but it wasn’t until February 2021, the Dr. told us ”Tre doesn’t need it anymore, his lungs are fine.”  Tre’ weighs almost 16 pounds and is reaching his development milestone. God is GREAT! 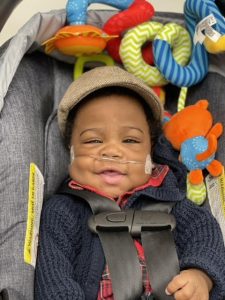