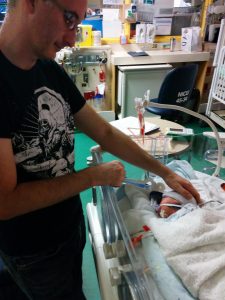 A Boy and His Angels – Skye

“Skye teaches us every day, and we’re so blessed to be here together.” – Leanne Rose Dorish

It all felt like a big dream. As I lay there in my hospital bed, staring out the hallway window I felt
numb. How could this be? I just had a baby. Where was the excitement? The joy? The baby?
I was 30 weeks pregnant when my husband and I were at a friend’s house for dinner. It was
beautiful food and Scott and I were thrilled to be surrounded by friends. We were so excited to be out of the house as well because the first 5 months of my pregnancy I was throwing up constantly. Day in and day out. All I could keep down were things like eggs, watermelon and
cucumber.

We were having so much fun with our friends that we decided to spend the night. As I was 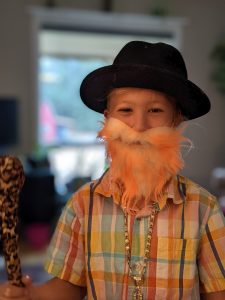 getting ready for bed I noticed I was bleeding. My husband rushed me to the nearest hospital
where things started happening really fast. I was fully dilated and pushing and hearing things
like, “She’s losing too much blood.” “I can’t find the baby’s heartbeat.” “They’re not dying on
my watch.” They rushed me to the OR. I heard two little whimpers and they took my baby
away.

We were eventually transferred to BC Women’s Hospital. Skye was downstairs and I was
upstairs. I had to go through recovery before I could go down to see him and it was late at
night when I finally go to touch him.

After a day or two the doctors took us into that little room. They told us, “Your son has had a
major brain bleed. He’s going to be put onto the neurosurgery list. He won’t walk and he
probably won’t talk.”

One day we walked into the room where Skye was with about 10 other incubators. Most of
them were lit with regular room lights. Some had the blue light to help with jaundice. And Skye’s
that morning was glowing green. There were three figures around his bed, the biggest and
brightest at the head of his incubator. It felt like they were there forever, but in a moment they
were gone. 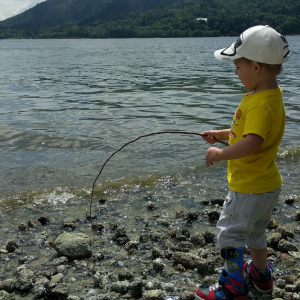 Just before Skye’s planned surgery we almost lost him. He became too unstable for surgery so
he went back to being monitored. After about a week, one of the neurosurgeons came to us
and said, “I have heard of this kind of thing happening, but have never seen it before in my
career. But Skye is healing himself. We’re going to hit pause on surgery and keep a close eye
on him.”

were able to as his health continued to go up and down.

After another while went by, the doctors came to us again and said, “You can take your baby
home.”

We did our best to transition home and learn what it meant to be home without wires to tell us
if he was still breathing or not. Scott had to go back to work, and friends and family did too. As
I was sitting on the couch feeding Skye one day, the laundry was piling up, the dishes were
piling up and the doctor’s appointments were piling up. I looked down at my baby and
wondered, “how is it that we have come through so much together and I still feel like this?” I
thought, “No one should feel like this.” And it was in that moment that I started what is now My
NICU Family, a community to support every family member and supportive organization staff
member who has experienced trauma with an infant or child.

Remember the green light in the NICU that day? I believe it was an Archangel named Raphael
and two of his helpers. Through my research I found that he is the healer or physician of the 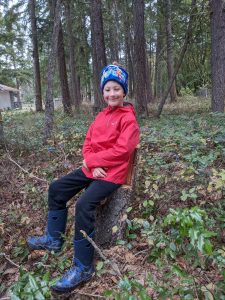 archangel realm and his aura glows a deep, emerald green! I thank him every single day
because even with a diagnosis of CP, Skye is now 7 years old, in Grade 1, and talks like a
teenager and walks like a champion.