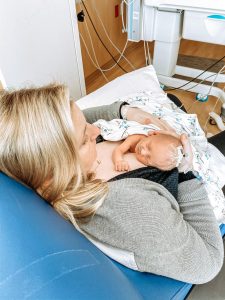 “Once tiny and filled with uncertainty, now talkative and crushing goals!” – Maddie Gaskin

As with most preemie parents, our infant’s early arrival came as a complete surprise. Our uncomplicated pregnancy did a slow 180 degree turn around 32 weeks when my water started leaking. I tried to rationalize this in my head as anything other than amniotic fluid and convinced myself everything was fine. I kept it to myself as if not saying anything would make it go away. 10 days later, I saw blood and headed straight to labor and delivery while my husband rushed to us from work out of town.

I was immediately induced for PPROM and 24 hours later our tiny superhero joined us earth side. It is painful to think about all the things that happened in my infant’s first hours of life. Those sacred, golden hours are supposed to be filled with snuggles and fumbling to learn how to breastfeed, but my baby’s first hours were different. His first hours were cold, gloved hands sticking him over and over trying to start an IV, having a tube placed through his nose and down his throat, screaming, and frightened. They were alone, in a tiny isolette accessible only by little portholes while a team of strangers stabilized him.

Our transition into parenthood didn’t take place in the comforts of the cozy spaces we carved out in our home; it took place in a sterile hospital room tangled in cords and tubes. This was never in my wildest dream how I imagined the 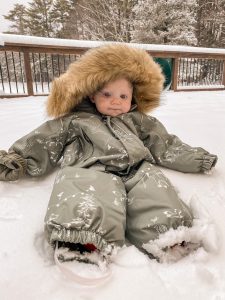 end of my pregnancy and the birth of my child.

We spent 15 days in the NICU struggling to gain weight and learn how to eat. Eventually we graduated from an isolette to an open crib. We slowly graduated from IV nutrition to tube feeds to bottles. Then we were discharged in March 2020 into a world that was shutting down.

Being a preemie/NICU family can feel very isolating, but in those moments when you feel alone, take a deep breath and a step forward and know that there is an entire community of parents just like you out there cheering you and your babe on!

Em is currently almost three years old! He is now meeting almost every milestone and smart as a whip! We are still working on gaining weight (far below growth curves), but happy and healthy! 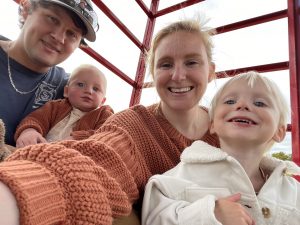