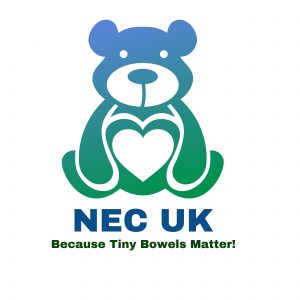 On the 11th August 2012, NEC UK was set up as an informal group on social media by Susan Spencer whose son Tobias, sadly died as a result of NEC at just 6 days old. After becoming involved with and volunteering for a local bereavement group, Susan recognized how beneficial peer-to-peer support could be and identified the need for a space where families specifically affected by NEC could come together too. A Facebook page shortly followed to help raise awareness of NEC to the wider public and to promote the group.

In April 2017 we were ready to begin the formalities of this process with the first four trustees, Lyndsey, Nicola, David and Susan taking position. We were further supported by a small team of parent volunteers to assist in the day-to-day running of the charity.
​
​NEC UK obtained HMRC charity recognition from April 2017 and in ​December 2018 became a registered charity. Our charity number is 1181026.

In 2018, Maz Spruce became a trustee from her previous role as a volunteer; it also saw the first 4 members of our medical advisory panel join.

Since then we have grown with Claire joining as a trustee and Susan retiring as a trustee. Maz became chair from vice chair, Lyndsey remained as treasurer and the only original trustee. We also saw new members join our volunteer team. Our volunteers are all impacted by NEC parents or family members of surviving children or bereaved families.

We offer practical and emotional support. As well as resources to families and units. We help fund and support research for NEC and to improve outcomes for families affected by NEC.