Meet Jean Margaret Katongole, a preemie grandma to twins, Imani and Penzi and grandson, Sean.  Jean is a PreemieWorld Virtual Assistant from Uganda. Jean really loves the work she does to make a positive difference and is inspired by her colleagues.

Jean shares her experience of being a grandma and supporting her daughter’s preemie journeys.

My lovely twin granddaughters, Imani and Penzi were born on the 13th of February 2008, in Kololo Hospital in Kampala, Uganda. Imani was 2kgs, while Penzi was 1.8kgs. They were identical and born at 7and1/2 months old. 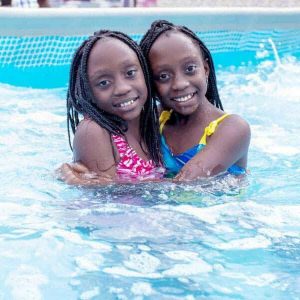 They were kept in the incubators for one week and were then discharged because they were breathing on their own and after 3 days they were encouraged to suckle. Mother had plenty of breast milk. Upon discharge, several of us were ready to help the mother to look after them and supported the mum until about 6 months when they could sit and play about. Looking back, now that they are 14 years old, it was an effortless and wonderful experience.

Sean was born on the 26th November 2015 at the International Kampala Hospital. He came early at about 7months and a few days. Mum’s amniotic fluid was drying up so a c-section was performed. 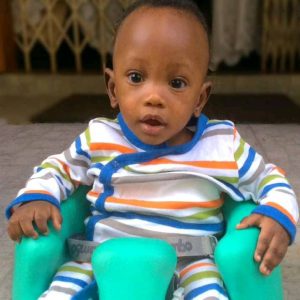 Sean was 960 grams at the time of birth, then lost weight to 860 grams in the first days. He was put in the nursery for 1 whole month while being fed on mum’s pumped breast milk. He was a very active baby. Both of his parents practiced the ‘Kangaroo’ style of bonding them to their baby for one hour in the morning then another in the evening. This went on for one month until Sean was discharged on Christmas day on 25th Dec 2015, and then on to the ward. He spent about 3 days there, then was discharged from the hospital. Unfortunately while at home after two days, Sean started crying relentlessly so upon being taken to hospital they discovered a hernia between his thigh and stomach. He was admitted to the hospital and operated on the following day.

After discharge, his parents were told he was going to have tests of the heart, ears, eyes, chest and many other tests to see if all his organs had properly developed. All was well. We were also instructed to take him out in the sunshine at 11 am everyday and lay him naked in it for about 20 minutes daily for 3 months. This we did. I am glad to say that the guy has grown and is so active and hardly gets sick. He is now 6 years old and in school in second grade. He is a true miracle baby.